For 33 years the name EXPOLINGUA has stood for fascination with languages, cultural diversity, international education, and overseas study experiences. EXPOLINGUA was founded in 1988 in Berlin by ICEF leader Karl Badde and quickly won the hearts of language and culture lovers in Berlin and far beyond. Under the direction of his daughter Rebecca Stromeyer and her company ICWE, EXPOLINGUA developed into an annual meeting point of the language industry, where new trends and innovative tools of the language scene are displayed: a diverse exhibition, an extensive presentation and performance program, and the excitement of learning languages and discovering cultures has attracted ever more enthusiastic visitors over the years.

Passion for languages and international experiences has always been a marker of the people behind the fair; and we have been fortunate enough to be able to turn our hobby into our profession. With Rebecca's assistance we got a chance to run the exhibition as a separate company named EXPOLINGUA GmbH. Because of this, we've been able to focus on our project over the whole year, develop new formats, reflect up-to-date ideas and find new partnerships: making EXPOLINGUA even more informative, exciting and inspiring!

The current team of EXPOLINGUA reflects the international focus of the event: we are from Australia, Bangladesh, Belarus, the Czech Republic, Germany, Greece, Kazakhstan, Poland, Russia, Spain and the USA! 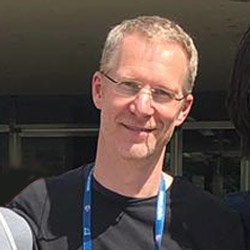 Sebastian Schattenmann: Educated in philosophy and literature, Sebastian has been in event management for 12 years and the CEO of EXPOLINGUA GmbH for 2 years. He loves music and travelling and lives with his family in Prague and Berlin – although he's still working on his Czech skills ;) 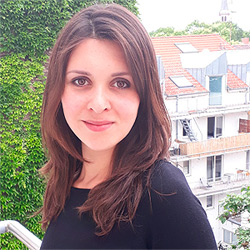 Ekaterina Irle: “Learning languages, travelling, and moving to a new place from time to time are all very natural things in life..." Ekaterina comes from St. Petersburg and speaks 5 languages – she believes in being a foreigner everywhere and a local anywhere. In EXPOLINGUA she found her dream project.